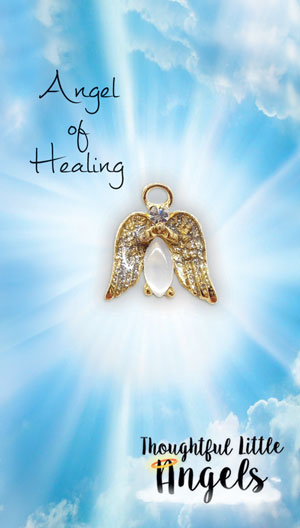 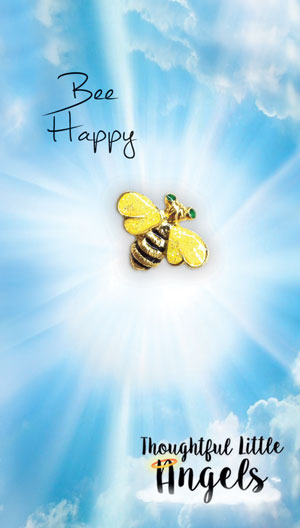 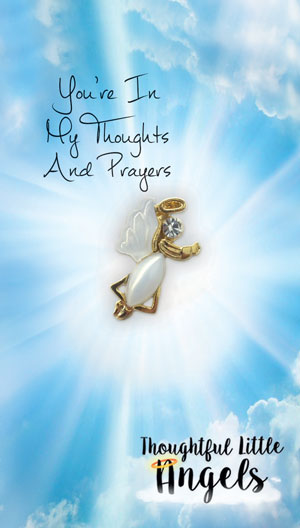 You’re in My Thoughts and Prayers Pin and Greeting Card 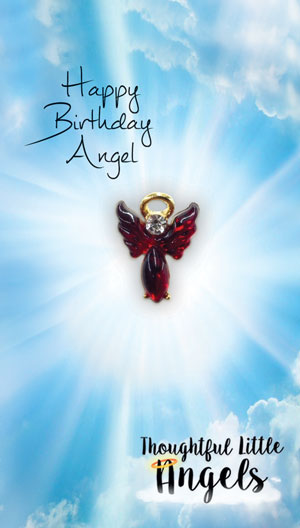 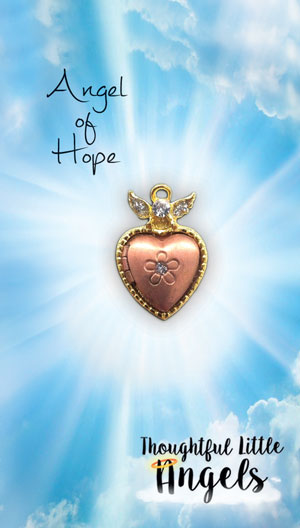 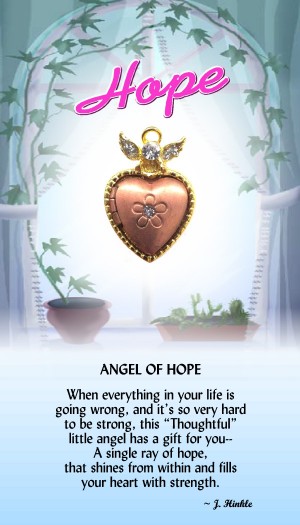 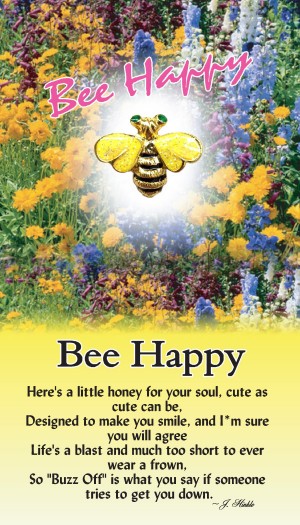 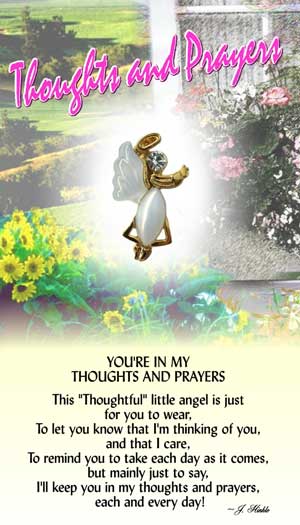 You’re in My Thoughts and Prayers 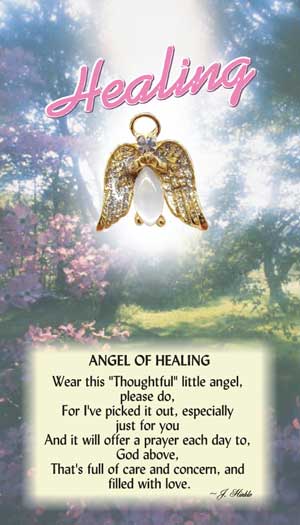 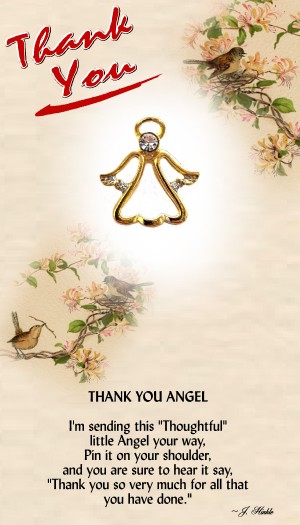 Our Journey A Little History

Everything in life is a journey and our history is no different.  In fact our story has two beginning. The first started in Canada where Dale and Janis opened a gift boutique in 1995 that just did not take off so Dale took a side job.  Janis  having a passion for writing, combined her poetic verses on colorful cards with Angel tac pins and started displaying them in their store. It was an immediate success and soon both Dale and Janis took to the road to sell retailers like themselves in Canada and later the U.S. and Thoughtful Little Angels was born.

Back in the U.S. Mike got married in 1983 and was an unemployed jewelry manufacturer manager and could not find a job.  Fate stepped in and several good customers that he had worked with for years asked him to start to manufacture for them. Thus began a new manufacturing company in Rhode Island. A few years go by and Mike meets Dale and Janis who were looking for a quality manufacturer in the U.S. who made a lot of Angels. A match made in heaven. After many years together, D and J decide to retire and M, not ready for retirement continued creating and designing new Angels and more. M having two sons who graduated college into a new world of limited employment came to work at the family business as summer jobs.  At some point in time, that still is a mystery… they both found a passion in work and latent abilities began to flourish.  Six years later this family business with M, K, and D and oh yes Mom the part time free labor completes this history of an American Manufacturing company who now supplies products all over the United States, Canada and Australia.  Not bad for an unemployed jewelry plant manager now 37 years in business. 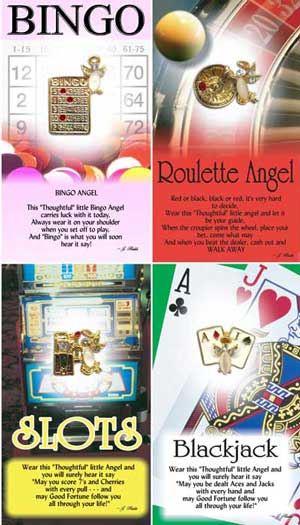 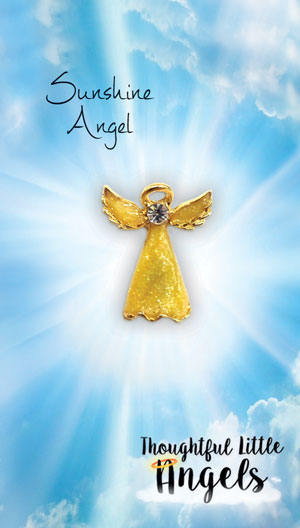 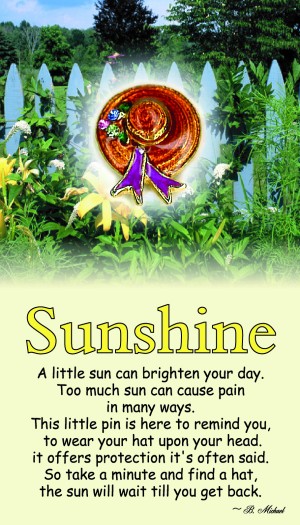 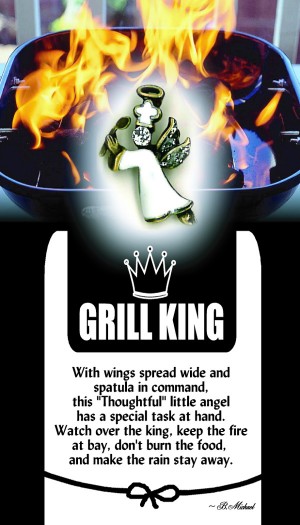 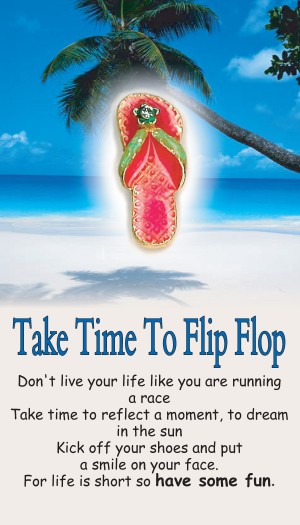 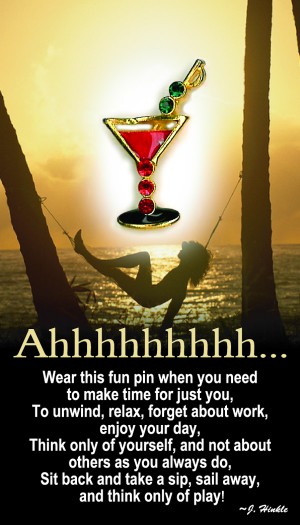 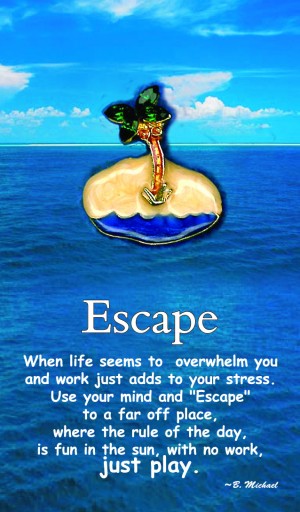 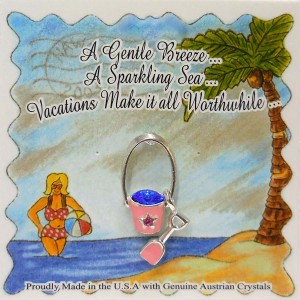 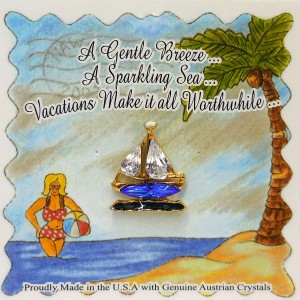 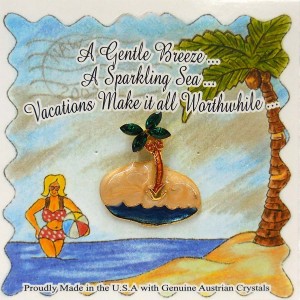 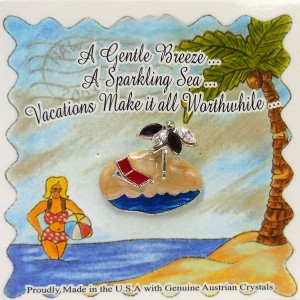 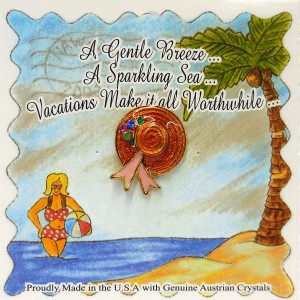 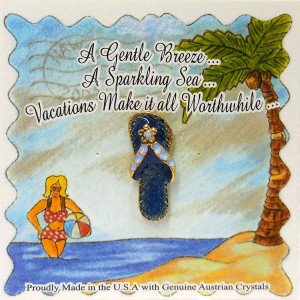 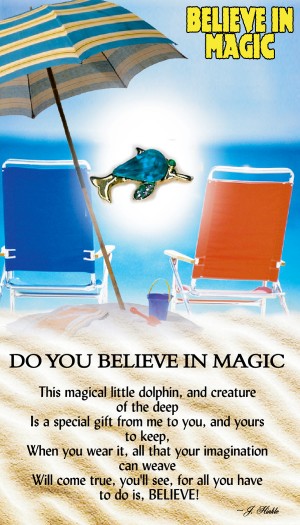 Do You Believe In Magic 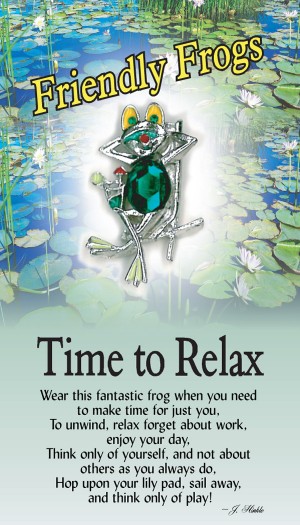 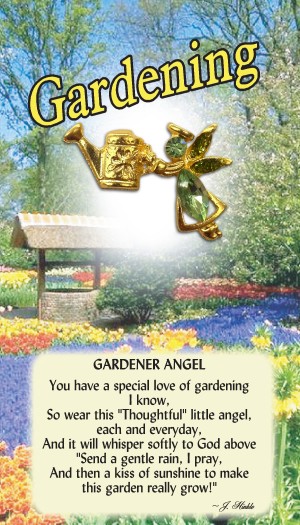 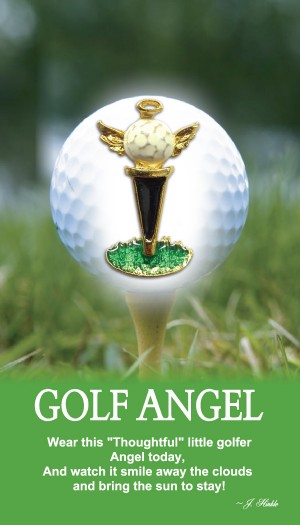 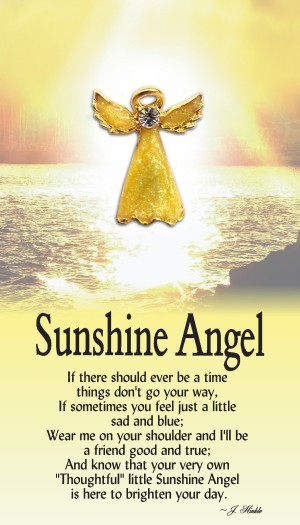 Proudly Made In USA 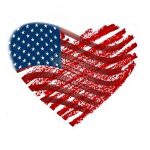 Proudly Made In America

Perfect Gift for All Occasions

Volume Discount on All Products